What is the DJI Matrice 100 and why should I care about it? Because it’s the future!

Before we go into the details, let me just say that this drone is not a Phantom 3 or inspire 1 replacement. From what I understand, the DJI Matrice 100 is a drone that gives people a relatively simple platform with the potential to do anything you can think of. It’s not just for aerial photography, agriculture, search and rescue or inspection. It was designed to be for whatever you can think of.

​Multiple Expansion Bays
Expansion bays will allow you to add additional computing power, cameras, communication devices, sensors and more.  The Matrice 100 will feature universal power and communication ports such as CAN bus and UART.

Dual Batteries
The Matrice 100 will use smart batteries similar to the Inspire 1. With the ability to instal two batteries at the same time, you should be able to achieve 40 minute flights. This would be great for long distance travel, or if you have a heavy payload that usually cuts your flight times in half. The batteries will also be able to be slid back and forth to adjust weight distribution.

Reduced Vibrations By 50%
For weight reduction and rigidity, the Matrice 100 is made from carbon fiber. The arms will have a new vibration dampening material that eliminates feedback from the motors, making everything on the craft stable and vibration free.

Customizable Long Range Remote
The remote will probably have a lot of the same electronics as the Inspire 1 remote, including Lightbridge, integrated GPS, 2Km range and DJI Pilot app support. It could also have more expansion ports like the Matrice 100 does.

Guidance: A Revolutionary Sensor Kit
DJI Guidance is a new array of positioning sensors that will allow real obstacle avoidance! From this leaked Photo, it appears to have 5 ultrasonic sensors and 10 cameras allowing the system to see with a 360 degree field of view). 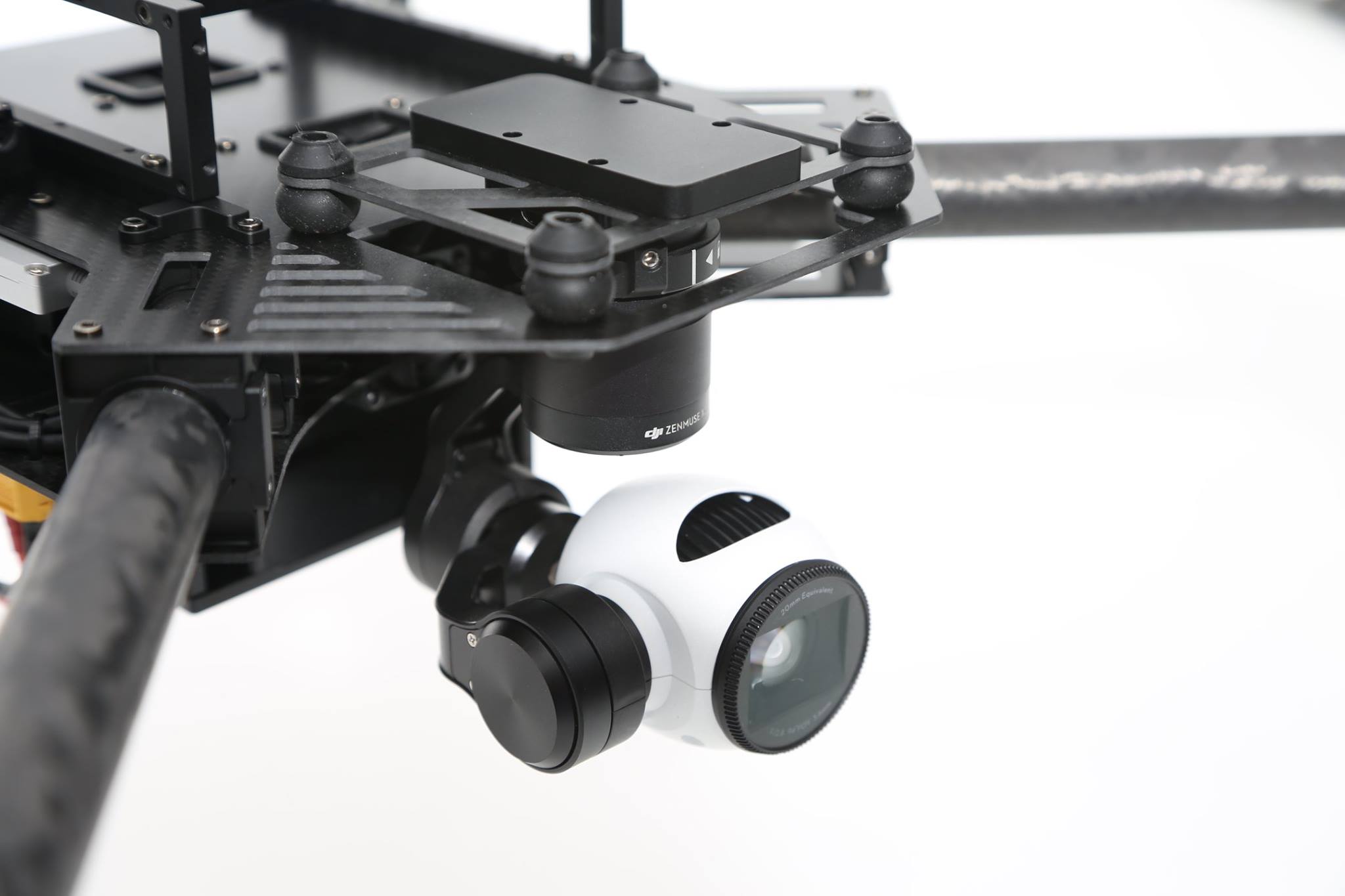 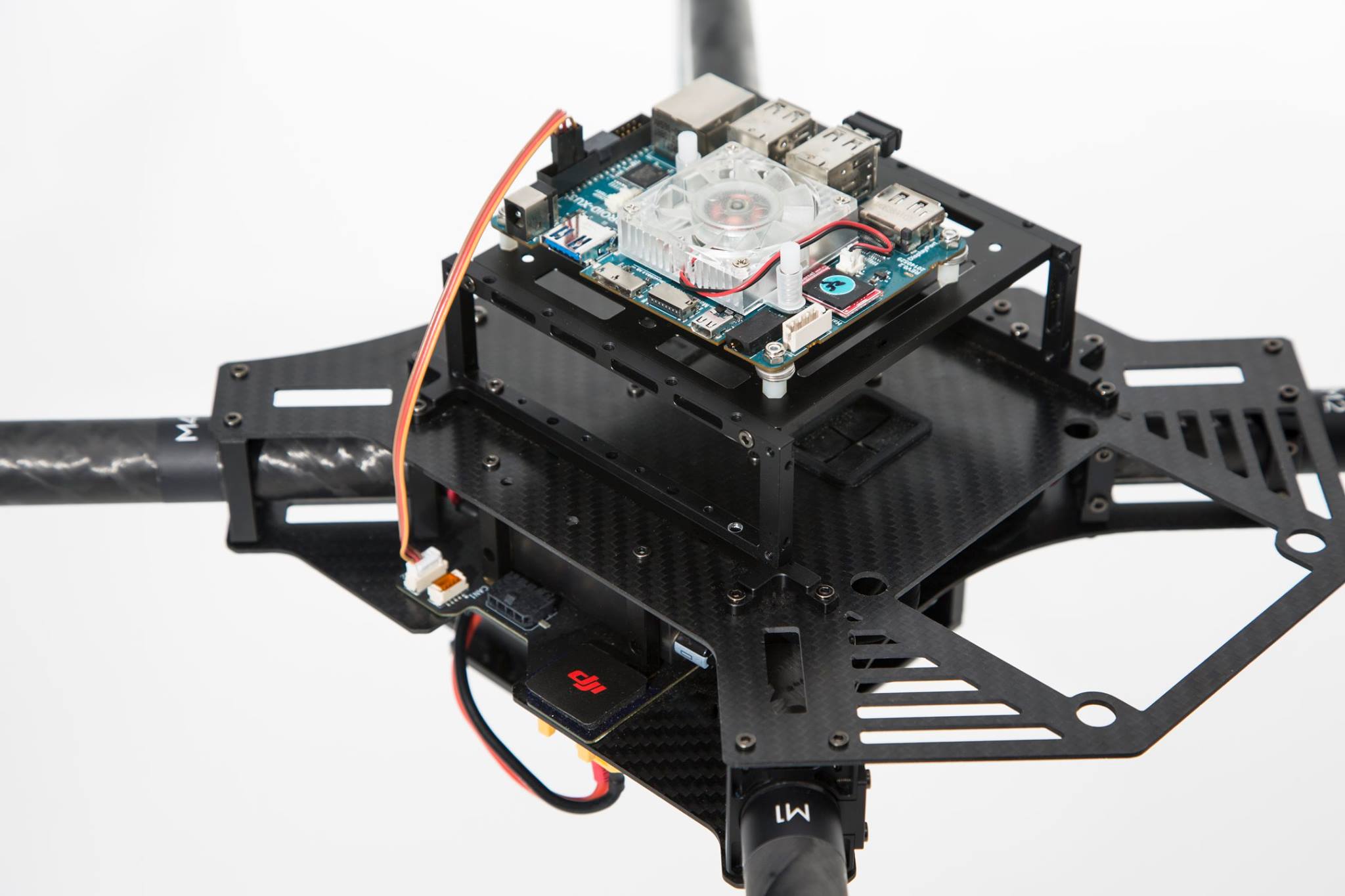 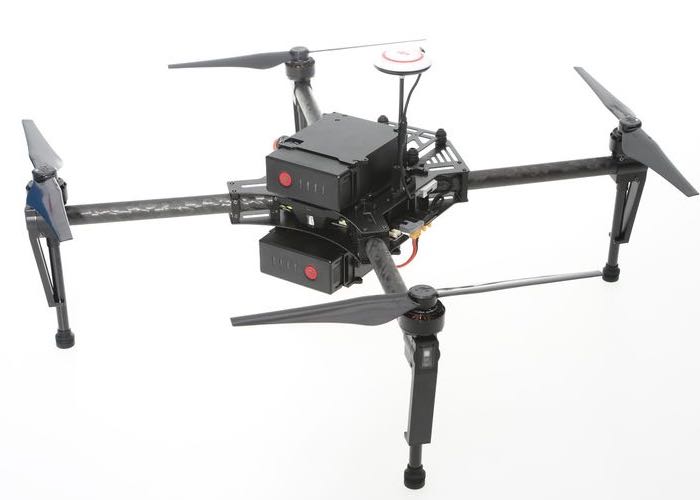 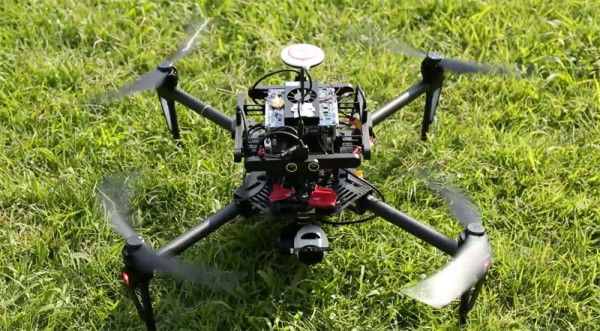 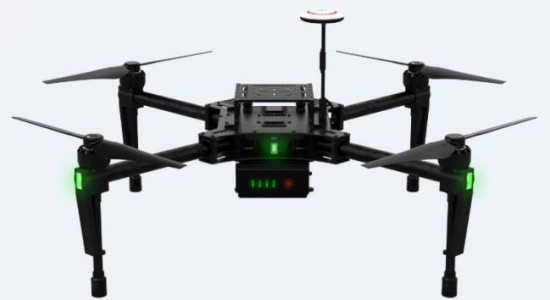 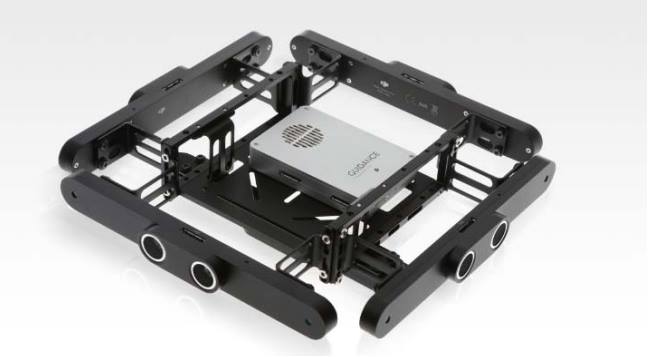 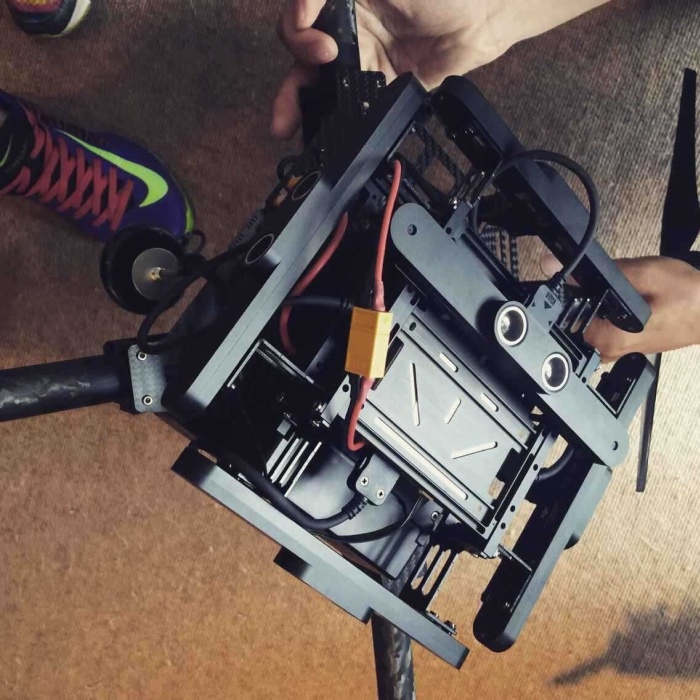 Here are some leaked features for the Guidance system​:
Guidance will continuously sense its nearby environment along with any obstacles or obstructions in real time. This will allow Guidance to take full control of the aircraft and avoid obstacles even at high speeds.

​ Hovering accuracy will be within centimeters (without GPS). Using stereoscopic image processing algorithms, the Guidance system will provide 3D position information over almost any terrain at any speed. The Guidance positioning system will also be capable of operating at an altitude of up to 65 feet, but other features like obstacle avoidance would still work at even higher altitudes.

Guidance will allow you to get all the most useful info out of the system to use for whatever you want. Additionally, Guidance will also be fully compatible with the DJI SDK. Using USB and UART, you’ll be able to export data like velocity, obstacle distances, grey‐scale images, IMU info, ultrasonic distances and depth images to whatever device you have for further processing.

n source and keep most of the hardware closed with strict guidelines for their accessory bays (like how Apple does things).

Pricing
Pricing is unknown for sure, but a website called UAV Outlet has it listed for​ $3000. I wouldn’t be surprised if this was the real price, but don’t quote me on it. After adding additional sensors and accessories, I could easily see this drone costing over $5000, but you have to remember that this is not for the average consumer.

The Matrice 100 is officially released, it will most likely be on DJI’s website.

Why I’m Confident That This Is Real
​ A lot of people are probably asking themselves “why would DJI come out with such an advanced, expensive and generalized product?”. Developers, that’s why! While the Matrice 100 may be a surprise to most of you, SDK developers have been asking for a system like this since the beginning of the year.

Back in January, DJI sent out a questionnaire asking what they should do with the latest drone they’re working on. They asked questions like “what is your expected flight payload? What type of flight platform do you prefer? What will you use the flight platform for? How necessary is it for the aircraft to automatically detect and avoid obstacles?”. This basically confirms that the Matrice 100 is not something that DJI randomly decided to develop without a purpose.